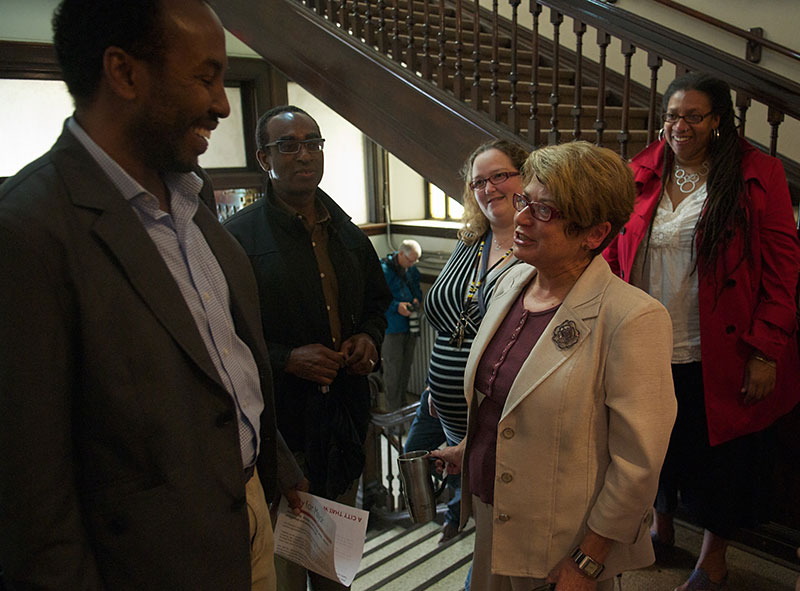 Judy Wasylycia-Leis today announced her commitment to work with police, community, and business organizations to build a culture of safety in Winnipeg.

Judy said the community-based approach led by Winnipeg Police Chief Devon Clunis is already achieving results, including a 15 per cent reduction the crime severity index last year, according to Statistics Canada. While there is still work to do, Judy enthusiastically endorses the approach and will build on that success through the following measures:

Commitment to Block by Block: Judy will work with the province, community organizations and police to expand the innovative Block by Block crime prevention program. It brings together social agencies, police, schools and the Winnipeg Health Region to ensure communities and families have the appropriate services, supports and programs that promote a culture of safety.

Downtown Foot Patrols: Judy will work with the Winnipeg Police Service and the Winnipeg Police Board to more than double the number of foot patrols in the downtown area, adding five police officers per year over the next four years to make our streets safer.

More Crime Analysts: Judy will fund four new crime analysts for the Winnipeg Police Service, dedicating one of the positions to Block by Block. These resources will help expand the police's use of intelligence-based policing to ensure police are deployed where they are most needed.

Improved Runaway Strategy: Judy is committed to working with Street Reach, an alliance of community agencies who care for children, to ensure that Winnipeg has the best strategy in the country so children who run away from home and are most vulnerable are safely found.

Employment and Housing Opportunities: During the campaign, Judy will announce housing and youth employment strategies to ensure that Winnipeg is A City That Works for everyone, and integrate these initiatives into the city's overall crime reduction strategy.

In addition, Judy repeated her commitment to work with community organizations to identify and support a 24/7 community centre, where at-risk youth can find safety and help in times of need.

"No matter where people live, they have a right to feel safe and should be able to walk the streets without fear at any time of day,” said Wasylycia-Leis. "That has to be our goal. Together, we can achieve it.”